Two years ago I secured a research internship at China’s top university. In order to help supplement my financial needs, I also found a communications management job. This job was in fact actually quite lucrative, in that it was for a rising Chinese software developer, which at the time had the top grossing application in southeast Asia and paid very well.

Little did I know what was in store for me. I went into the job with great enthusiasm, excited to meet my Chinese colleagues and get acquainted with them as soon as possible. As an Australian born Chinese, I had never worked in a Chinese majority environment before.  This was to be an opportunity to just be part of the team.

Red flags should have popped up when I met the Chief Operations Officers (COO). He asked me. “You can speak English?”. He was markedly disappointed that I did not fit the foreigner mold that existed in his mind. it also showed that he had not read my resume or application either, or he’d have worked that out from my surname.

Overall, my responsibilities were pretty simple. Translate patches, write up the new lore for characters, do some voice acting, manage the social media and consult on Western culture. Sadly, things were not as simple as they could have been.

Upon logging onto Dingtalk (a communication software) and being introduced to the team. They instantly assumed that I was suspect in my qualifications. Firstly, they questioned why they would hire an Asian person to do an English heavy job like this (this is funny looking back on it, as nearly all of them pretended to be fluent in English). What happened in the subsequent few weeks some very odd drama.

Every single person that studied overseas, no matter the period or for what would come up and greet me and show off their English skills to me. This did not faze me, I was very glad since I wanted to make friends. It, however, became apparent that they were testing me to see if I could actually speak English and was a ”real” Australian. Throughout all this, I learned of the various far flung places that Chinese would go study English, ranging from France to Sweden, from periods of up to 1 month to a decade.

It started with the funniest correction from an Indonesian Chinese colleague. He was the country manager for the Indonesian region, so I had no idea how he got his hands on a PowerPoint presentation that I edited for the COO. He picked out a sentence and posted in public on DingTalk. He asked me why I wrote ”2 million players” instead of “2 millions players” and questioned my credentials in front of other colleagues. I laughed this off at first, thinking it was perhaps just him caring about the company.

Then the floodgates opened. Soon enough, random colleagues I’ve never communicated with started re-writing my my work publicly in the group.

There was this simple public service announcement message they asked me to translated.

I did not think much of it and translated it as “We apologize for any inconveniences but <Insert Game Name> is currently not available in your country or region”.

Another colleague then interjected with his variation. “We are sorry that <Insert Game Name> is not currently available in your country or region.

Which then led the Shanghai operations manager to reply “much better”.

Cases like this would pop up multiple times a day. I talked to the managing director and told him that I was being undermined and that they were perhaps bullying me. The director said to disregard it and just focus on my work, as my colleagues only just want the product to be as perfect as possible. As I had to delegate and complete my work in order to hand it off to assistants and various community managers within a timeframe, I did not think too much of it at the time.

As time went by, the undermining became more intense, soon I found out, the various regional managers, had leaked our APK and pre-patch notes secretly to community moderators. These moderators were mostly based in Southeast Asia and they were not on any payroll but for some reason they were proof reading what I wrote and mailed me suggestions or even directly messaged my superior, accusing me of poor English skills.

One day a patch was just uploaded and went live on the server. Suddenly, I was spammed with messages. The Shanghai operation manager was back. She asked me if I “knew how to translate” and  “how could you make such a mistake”.

This led to one of the managing directors to quickly reply. “Is this on the live server or the player tests ones? can it be edited still?” 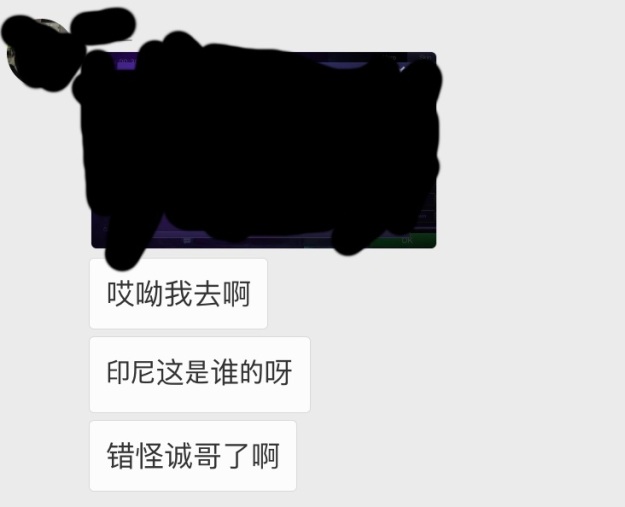 Turns out what happened was that the very simple English text within the Indonesian version circumvented me, because the Indonesian team did not trust my English abilities and translated it themselves.

Anyway, this kept going on and eventually I got to meet this Shanghai manager during a work trip. She was short and stout and very much proud of her Shanghai roots. She told me she was born and bred in Shanghai right away upon meeting her. I was then probed on my qualifications and when I moved to Australia. She actually was in shock, when I told her that I was born in Australia and she then apologized for suspecting my English abilities.

She then told me she was happy to meet another “Australian” as she had studied in Australia for 4 years and graduated from the University of Queensland. She was quick to suddenly change from a native Shanghainese to an Australian so fast. Anyhow, she also made sure that I remembered she rejected the offer of doing honours of her own accord. Her smile subtly tweaked a bit when I told her I was a University of Melbourne graduate. I don’t know why that impacted her so, but anyway she stopped talking to me for the rest of the trip.

The trend of constant suspicion continued but another discovery made it all worse. I found out that the White colleagues, who did little more than come in two times a week, were being paid equal to me. This was unfair, so I complained. I was immediately rebuffed with the answer, that this was ”Western culture” to have more leisure time. What made it more frustrating was that these Western colleagues told me to just ”chill” and that it was just ”life”.

I asked my Chinese colleagues that if they were happy about the pay gap. They instead rebuffed me, telling me I should not be talking about salary as its rude and that I was discriminating against Americans. This kind of flabbergasted me, as the Americans were earning four times their salary, while doing less than half the work.

Around this time, the human resources manager asked me to help her edit a LinkedIn post to help her find a Malay and Chinese speaking translator. I gladly helped her and also gave a recommendation regarding a Chinese Malaysian girl who was studying at the university I was doing research at.

To my dismay, the girl’s resume was thrown out by the COO, citing that she was Chinese and they wanted a real Malaysian who understood Malaysian culture. I tried to explain to him that Chinese Malaysians made up a third of the population and were just as Malaysian as anyone and that this was very offensive to assume otherwise. Anyway, I was shouted out of the office.

I decided to pack my bags and resign, as I felt like that I was not going to last long. The upper management were getting annoyed at my constant pushes for equality. I could go on about the affair between the marketing director and the COO or the hundreds of thousands of dollars spent on advertising every week, the greedy and self loathing Tencent executives I was acquainted with but that’s not the point. The point of this anecdote is that if you’re an overseas Chinese person looking to go back for work, choose your workplace carefully.

5 thoughts on “A cautionary tale to overseas born Chinese looking to work in China. Beware of Chinese on Chinese racism.”