Liberal members have been campaigning heavily within Chinese chatrooms on the social networking application known as “WeChat”. It is has become incredibly hard to not find a Liberal member spreading their agenda. Once certain prolific member is Glen Eira City Councillor Kelvin Ho. He has recently been featured on my blog quite a few times, but recently he has gone into overdrive mode in regards to spreading his conservative and even extremist views.

Proof that this is Calvin Ho’s WeChat account, he goes by the username, Yalichao. Same profile photo as well. Also multiple photos of himself giving speeches to the Chinese community on his ‘Moments’ (similar to a Facebook wall). 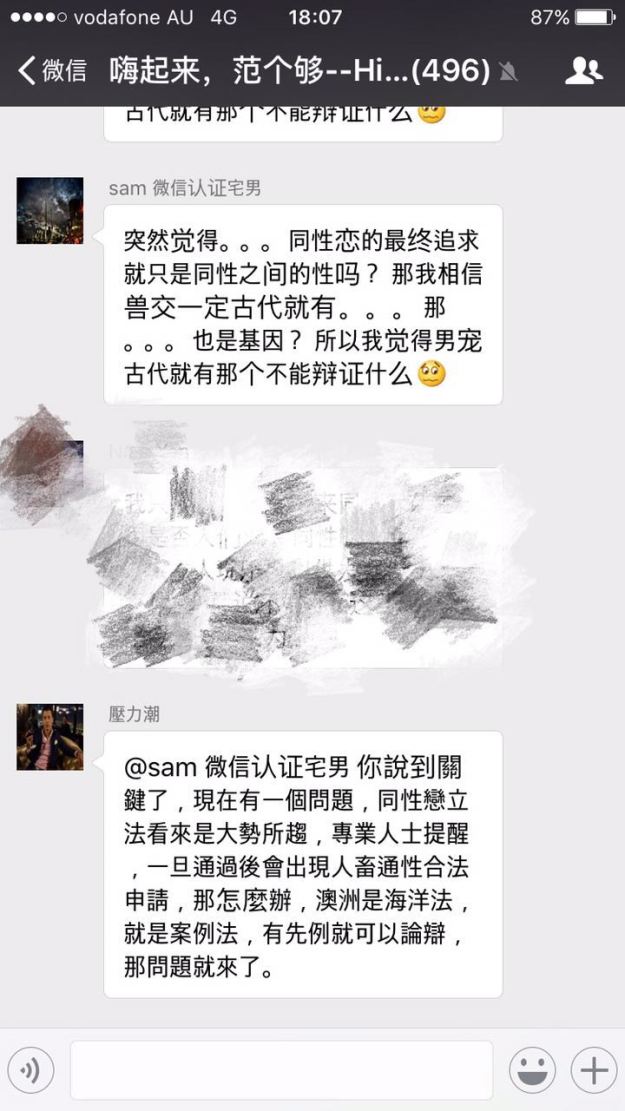 “I suddenly wonder … is the ultimate aim of homosexuals sex with someone of their same sex? In that case I’m sure that bestiality occurred in ancient times as well…. so… is that genetic too? So i don’t think that the ancient practice of (men) keeping toyboys in ancient times can really advance this case

“Sam, you’ve hit the nail on the head, at the moment the problem is that same sex legislation has become trendy meaning it will probably pass. Experts warn that if the legislation passes then it is likely that bestiality laws will come next, then what? Australia follows case law, which means that once a precedent has been set, then a debate can occur, which is when the real problem arises”

I have more of Kelvin’s conservative outlook saved, but I trust that no one really wants to hear what he says, so I will keep them safe unless people ask.